Brexit – Career Calamity or Your Biggest Ever Opportunity?

I’ve just returned from the USA, having travelled to Louisiana for the wedding of my eldest son. The wedding was wonderful, full of emotion and love, the very best type of heartache but that’s not why I’m writing. I’ve been fortunate to get to know many wonderful Americans over the last ten years or so that have been coming across to the UK, paying a lot of cash from their own pockets to help out a disadvantaged community in South Wales reeling from the tragic suicides of many young people.

Those wonderful people have become close and trusted friends and the majority of them are hard-working, right of centre in their political thinking and amazing human beings but again I digress from the point of this article.

The reason I’m writing is that nearly every one of them was curious and wanted to know more about Brexit and what it would mean to us Brits. Now, I haven’t got a crystal ball and if I knew what was going to happen to our wonderful country at the end of the Brexit process, I could make quite a lot of cash advising Mrs May as to the way forward!

Whilst chewing the political cud with my American friends, it became more and more apparent that our two countries are in a similar fork in the road and seem to be taking diverging paths. 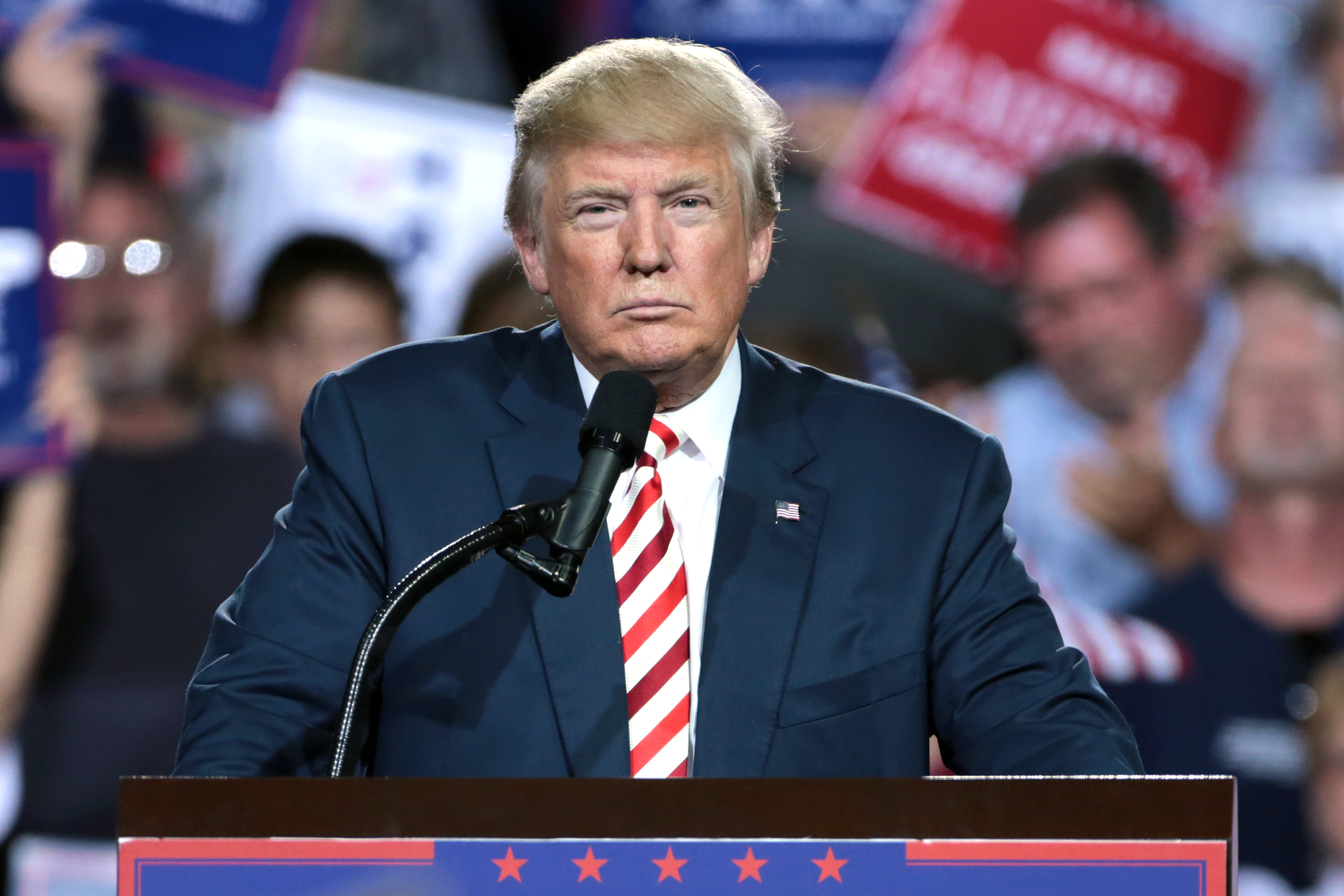 I was equally curious to ask about the impact of Trump, his policies and the media. The vast majority of people I spoke with were very unhappy with the public communiques of Mr Trump and wished that someone would take control of his Twitter fingers. On the whole though, they loved the impact of his policies, the additional cash in their pocket, the investment being made in their local economies and the jobs being created.

The Media Are All Biased, particularly in the USA

One thing that struck me hard over the last two weeks was that the American media has changed. On previous visits to the US, I found that there were opposing political views being voiced on the television in public spaces such as restaurants, airports and other public buildings and that has changed, radically, in less than 6 years.

Waiting for an internal flight ten days ago, I was bombarded with Liberal leaning, Trump bashing vitriol pouring out from multiple television sets in the departure lounges. A ticker clock running across the screen showed the ongoing length of the Government shutdown and without exception, the media was hostile towards Trump.

I am not biased nor in any way a Trump supporter; however the lack of balance was alarming. There was no attempt to voice anything positive about the Republican party at all. Everything was Trump bashing, liberal supporting, Democratic loving left wing bias. Even the strong economic news was tarnished with an editorial diminishing the strong economic performance.

This got me thinking about Brexit, the effect it has had on me and my thinking and how it has affected my business. On balance, most of the media I look at (mainly the BBC) is pretty impartial. There are times when over the last few years that my entire day has been occupied with me thinking about the effects of Brexit. In short, it has slowed me down but no longer. 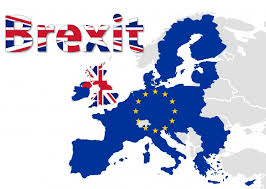 In the Midst of Chaos, there is Opportunity. This quote by Sun Tzu from ‘The Art of War’ rings hard and true in my innermost being at this present time.

There are huge opportunities for people in their careers right here and right now. Good people will always be needed. Positive, right minded, clear thinking, problem solving individuals that add value to the company that they work for are and will always be in high demand.

So if you’re waiting for the right time to make that career move, you’ve got a long wait coming. My advice comes straight from the heart. Take a leaf out of the book of my American friends. Get on with it. You can’t change the political climate on your own but you can make the most of the opportunities that are present. Grab them with both hands as we pass this way but once!

I’m a business owner in the internet sector. Sites include a CV writing business, local websites, Amazon stores and more.

Just wanted to say thank for all your help on my CV and cover letter. It has certainly paid dividends.
Mohamed E, UK
Hope all is well with you. I thought I would share my good news. I have landed the perfect role for me and start on the 13th November. Thank you again for rewriting my CV, I have had so much more contacts from recruiters since then.Truly a worthwhile venture. Thanks again.
Stephon, UK
Glenn,I thought you may like to know that subject to references I got the position. So many thanks.
David S, Swansea
The service Glenn provides is above and beyond anyone else that I have experienced in the market.
Harpreet S, UK
Hi Glenn, Thank you so much for getting this done with such short notice. I really appreciate it. Thanks, Lauren.
Lauren H, Swansea
Fantastic! I am very impressed with the level of service I have received from you. It is refreshing to see that you aren’t just going to end it with the completion of the cover letter and cv – above and beyond Sir, above and beyond.
Colin M, Cardiff
Hi GlennHope you are well? Just thought I'd let you know that I signed my contract last week with XXXXX. Previously I was employed on an Interim basis thru an agency.I just really wanted to thank you for helping me to realise my potential and helping deliver a knock out CV. If it hadn't been for that CV I wouldn't have gotten in the door with XXXXX. It's such a pleasure working in a company where the work you do is appreciated and everyone made me feel so welcome and where people help one another out. Certainly a far cry from my previous employer.
Andrew W, Mid Wales
I used your CV service sometime last year and was very pleased with the results I was given. I would like to pass them on to your site.
Justin B, England
Hi Glenn, I have two interviews this week one on Monday another in Wednesday. Let's see what feedback they supply.My wife will email her achievements. Positive feedback on Friday too
Philip W, Midland, UK
I am really happy with how the CV turned out, and am glad that I spent the money to have it done professionally instead of falling for a cut and paste job from the cheaper services. You really can see the difference.
Niall, England
Hi Glen. Thank you .................I got the job. First job interview in 17 years, got through to phone interview and then at HQ in London for further interviews and presentations.
Sally A, SW England
I have had an enormous response from every CV that I have sent. I was absolutely blown away.
Lance M, South Africa
I really appreciate your kind efforts and work for tailoring my CV. It was tough work and you managed it professionally.
Aamir S, Geneva
Dear Mr Glen. Outstanding job on my Cover letter and CV. They are very professionally written and reflect the image I want to portray.
Said R, Jordan
In a 5min video you pointed out more things than my friends and family could spot in over a week.
Ioana A, Budapest
I got the job!! Just wanted to let you know my news that I got the role! Thanks so much for your help and support!!
Natalie R, London
Confirmation received from Swansea University!! I’ve got into LAW!!!!!
Kiera P, Cardiff
I have a good news! Your work on the CV got me called for the interview at BCG just as I had hoped for. Also, BCG was the only company I sent the CV to, so it is 100% success rate.
Bonney, A, India
The interview is on Monday. I hope to crack it and will let you know in a couple of weeks if I got the job. But whether I get the job or not, your CV got me shortlisted for the interview and that is the maximum I had hoped from a resume. I cant express how happy I am with your service.
Eve W, Ireland
Thank you for the finalised CV. I am very pleased with the results. Thank you for all your help.
Russell M, Swansea
I have been working with Glenn for a number of months. My job search had not been fruitful until I came across Glenn. He helped me bring out the best in me; the things that were not obvious to me. He gave me the necessary tools to re-enter into the job search market with confidence. I am very grateful to Glenn for his help and only wish I had found him earlier.
Dale J, France
I can honestly say that Glenn is an Absolutely World Class Professional at what he does. He's tough with you but he gets the best out of you and he will not settle for anything less. If you need a first class evaluation of your talents, experience, expertise he the man to go to. And a thoroughly nice honest individual to boot. Best wishes Jenny.
Jenny L, Wales

Sorry, no Tweets were found.

Find us on Google Plus

Other Pages of Interest